Monument Re has snapped up Laguna Life DAC, the Irish life assurance operations of Enstar Group Limited, for an undisclosed sum.

The acquisition process has been concluded following receipt of regulatory approval and satisfaction of closing conditions.

Laguna carries out Class I life assurance business, and was placed into run-off in November 2009. It became part of Enstar in 2011.

As per the agreement, Laguna has been transferred into Monument Re’s Irish subsidiary Monument Assurance DAC (MADAC). 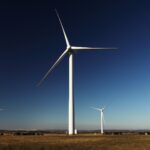 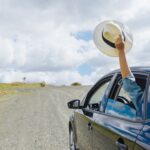 Monument Re believes that the deal is in line with its dual strategy of acquiring and consolidating books of life assurance operations in the European market, and reinsuring asset-intensive business lines such as pension annuities-in-payment.

Monument Re group CEO Manfred Maske said: “This acquisition is a continuation of a key part of our strategy to enable global insurers to operate more effectively in rapidly changing markets.

“It further benefits customers and staff with increased scale through consolidation into our growing platform in Ireland.”