According to GlobalData’s 2021 UK Insurance Consumer Survey, the four leading price comparison websites (PCWs) had a share of 96.7% of the aggregator market for motor insurance in 2021. Against this backdrop, reverse auction marketplace Honcho has closed for business as the challenge of competing with the leading PCWs proved too great a hurdle.

Honcho’s business model of pairing customers with the most suitable motor insurance policy (as opposed to comparing purely on price) has likely been a key reason for its failure. The cost-of-living crisis in the UK has likely pushed even more consumers to look for cheaper deals on their car insurance, driving further business into the hands of the main players.

Honcho offered private car and multi-car insurance products as well as van insurance to its customers, again leaving it struggling to compete with the giants that offer hundreds of separate products. This opens up huge cross-selling opportunities for the leaders, with 64.7% of respondents to our 2021 UK Insurance Consumer Survey who bought motor insurance through a PCW indicating they did so because they had purchased another product through that site.

According to Nielsen Research, the four main PCWs in the UK spent GBP68.3 million on advertising in 2021, with the vast majority allocated to television advertising. Relentless advertising campaigns, combined with recognizable slogans, have made the four major PCWs difficult to challenge in terms of customer numbers. Honcho found itself unable to compete with these businesses, as it struggled to get enough customers onto the site to make the business financially viable. 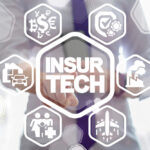 For a start-up that had been rated so highly among fintechs, the collapse of Honcho shows the true dominance of the leaders in this space. In also highlights the difficulty any potential rival will have challenging them in the future.