Blockchain has suffered from a lack of understanding within the insurance industry, but the launch of regulated smart contracts could help boost the technology. With GlobalData’s Thematic Research: Blockchain in Insurance report estimating that the global blockchain market will balloon from $3.6bn in 2020 to $198.6bn by 2030, there is no doubt that growth will take off across all industries, with insurance being no exception.

Blockchain is proving to be a useful technology in the insurance industry as it helps providers to improve efficiencies and cut down costs. However, the industry will need to find solutions to growth restrictors.

A key barrier to growth for blockchain in insurance is the lack of understanding surrounding the technology, meaning that the potential range of applications within the industry has not fully materialized. Equally, this means insurers may hold off on providing cover for blockchain applications in other industries. According to GlobalData’s Thematic Research: Emerging Technology Trends Survey 2020, 48.1% of insurance executives around the world fully understood the technology, while a further 33.8% partially understood it. This placed blockchain last in terms of familiarity out of the eight themes covered, below technologies such as augmented reality and cloud computing.

Within the industry, one of the most important uses of blockchain so far has been in parametric insurance. Thanks to blockchain technology, claims payouts happen automatically once a pre-agreed parameter is reached, such as a weather event like rainfall (both high and low levels) or with flight cancellations within the travel segment. Because of these automatic payments, policies are cheaper to operate, removing the need for claims adjustors while also improving processing speed and efficiency. 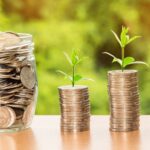 Automatic payments happen through self-executing smart contracts. Similarly, smart contracts can execute other transactions, such as fund transfers. But a further hurdle to growth is the lack of regulation surrounding smart contracts, limiting their enforceability. In turn, this can slow down the rise of blockchain technology for certain applications.

However, the recent launch of Chainproof – a company which claims to be the world’s first regulated smart contract insurance provider – further signals that the use of blockchain technology is set to grow, opening up more opportunities for insurers. Chainproof is set to focus on providing cover for smart contracts used in decentralized finance (also known as DeFi), which comprises finance applications built on blockchain technology that eliminate the need for intermediaries such as banks and brokers. While smart contracts are encrypted, there have been occurrences of hacks. Regulated smart contracts will bring reassurance to asset managers and other investors around transactions such as those involving cryptocurrencies.