Nearly 2m self-employed people in the UK are unable to save any money each month leaving them vulnerable to financial shocks, according to new research by LV=.

Nearly 2m self-employed people in the UK are unable to save any money each month leaving them vulnerable to financial shocks, according to new research by LV=.

With the number of self-employed workers now close to five million, the second instalment of LV=’s ‘Income Roulette’ report – a study of debt, savings and protection among 9,000 people – explores how the self-employed would cope with an unexpected financial shock.

The results show four in ten (41%) self-employed people can’t afford to save any money each month and a further one in ten (11%) save less than £50. 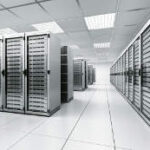 Furthermore, a third (33%) couldn’t survive for more than three months if they lost their income – meaning they fall short of the Money Advice Service’s recommended amount of savings that would allow them to be financially resilient.

When looking at barriers to saving, the figures show that monthly bills eat up the wages of nearly two thirds (62%) of self-employed people, compared to a national average of 56%, with this group also more likely to be hampered by debt (38% vs 28% national average).

As self-employed people don’t have the safety net of employers’ benefits, such as sick pay, LV= said they could take advantage of some form of income protection to avoid having to rely on state support if they couldn’t work because of accident, sickness or disability.

However, only 4% of self-employed people in LV=’s research have income protection, compared to a national average of 11%, with four in ten (42%) mistakenly believing that they’re not eligible for it.

However, even those in riskier occupations can get valuable cover with products such as LV=’s Personal Sick Pay (PSP) policy.

Cost is another misconception, with nearly four in ten (37%) thinking income protection would be too expensive, although in actual fact LV= said cover of £1,000 a month could cost less than £10 a month.

LV= said having income protection would prevent people from having to claim on the state, which is not an easy process. To apply for Employment and Support Allowance there is a nearly 60 page claim form, a lengthy assessment process, and weekly benefits are less than £80.

Despite the lack of saving and insurance, LV=’s research shows this group is aware of the risks associated with self-employment.

LV=’s Risk Reality Calculator enables advisers to bring the actual risk to life by demonstrating to their clients the chances of them being out of work or suffering a serious illness.

Justin Harper, Head of Protection Policy at LV=, said: “The labour market has changed markedly in recent years, with self-employment continuing to rise. The government’s Taylor Review sought to address the challenges of the modern workplace and ensure all workers are aware of their rights, but it’s often the case that self-employed people and small business owners lack the safety net of an employer’s benefits, such as sick pay.

“This means they risk having to rely instead on state benefits which can involve a lengthy application and wait, with no guarantee of any support.”

Harper added: “Government and industry have a duty to improve the financial resilience of the self-employed. We believe that an income protection policy can play an important part in increasing resilience and is one of the best ways for the self-employed to protect themselves against a financial crisis.

“By having a conversation about protection with clients, advisers can ensure more people in the UK are equipped to tackle financial blows.”