The Australian Competition and Consumer Commission has filed a lawsuit against health insurer Medibank for alleged misrepresenting benefits covered by its health insurance plans.

During a probe, the consumer watchdog found that the insurer lied to some “lite” or “boost” policy holders with its ahm subsidiary.

According to the complaint, the insurer told around 800 holders that they were not eligible to cover for joint investigations or reconstruction procedures.

However, contrary to the Medibank’s claim, the policy holders were paying for such coverage, the investigation revealed. 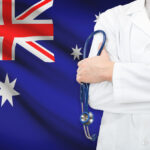 ACCC Chair Rod Sims said: “We will allege that Medibank incorrectly rejected claims or eligibility enquiries from over 800 members for benefits that they were entitled to and were paying for.

“As part of our case, we estimate about 60 members needlessly upgraded their policies so they could access the joint investigation and reconstruction procedures they were already entitled to under their existing, cheaper insurance policies.

The private health insurer said it had internally investigated complaints from customers in 2017 and had found that some reconstruction codes were not entered into its claims assessment system.

The ACCC however said that is not satisfied with Medibank reconciliation measures.

The regulator is now seeking fines, client redress, injunctions, publication orders, the implementation of a compliance programme and costs.