The US Supreme Court’s decision to uphold the Affordable Care Act (ACA) means that from 2014 the 30 million Americans who do not yet have health insurance, will have access to “affordable” private health insurance plans, according to President Obama.

The Affordable Care Act (ACA) was signed into law in 2010, but opponents of the reform had argued that the law’s individual responsibility provision exceeds Congress’ power to regulate interstate commerce because it penalizes “inactivity.”

Republican Presidential contender Mitt Romney has vowed to act to repeal ACA – known as “Obamacare” if elected US president.

President Obama’s administration said a major impact of the Court’s decision is that 129 million people with pre-existing conditions will have the security of affordable health coverage.  It added that millions of Americans will also be eligible for tax credits to ensure that their health insurance is affordable. 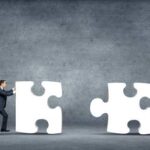 To date, the Obama  administration said 360,000 businesses that employ 2 million workers have already benefitted from the small business tax cuts in the law.

Therefore, once ACA takes full effect, the administration said about 18 million individuals and families will get tax credits for health insurance coverage averaging about $4,000 each.

Following the court decision, President Obama’s administration said it would step up its work with States to implement Affordable Insurance Exchanges.

Exchanges are new marketplaces, starting in 2014, that will allow individuals and small businesses to compare and choose private health plans.

Each State will take the lead in designing its own menu of options.

Already, 34 States including the District of Columbia have received 100 percent Federally funded grants to build Exchanges.

Obama said: “First, when uninsured people who can afford coverage get sick, and show up at the emergency room for care, the rest of us end up paying for their care in the form of higher premiums.

“And second, if you ask insurance companies to cover people with preexisting conditions, but don’t require people who can afford it to buy their own insurance, some folks might wait until they’re sick to buy the care they need — which would also drive up everybody else’s premiums.”