Royal London Group, a UK-based mutual insurer, is in process of transforming its existing life business in Ireland to a full subsidiary as part of a strategy to alleviate Brexit uncertainty and continue to access Irish market without hindrance.

While announcing the half-year results, Royal London group CEO Phil Loney said: “We are in the process of domiciling a subsidiary in Ireland to enable our business in the Republic of Ireland to continue to trade and to mitigate any uncertainty. We expect to maintain strong capitalisation and profitability as the UK leaves the EU.”

Now, the company is awaiting regularity approval, including clearance from Central Bank of Ireland, to formally establish the Ireland-domiciled life insurance business, which is expected to become fully operational in time for Britain’s exit from the European Union in 2019. 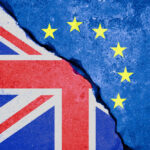 Besides Royal London, Aviva, and Legal and General are among other UK insurers, which are looking to set up subsidiaries regulated in Ireland to deal with the results from Brexit.