The proposed deal would be subject to completion of a 51% stake acquisition in Reliance Nippon Life Insurance (RNLIC) by Aditya Birla Capital .

RNLIC is a unit of cash-strapped Reliance Capital , which is undergoing process for the insolvency resolution. 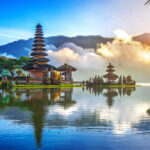 The talks between Aditya Birla Capital and Nippon Life were initiated following the launch of sale process for a 51% stake in Reliance Nippon Life by a court-appointed administrator of Reliance Capital.

As per the guidelines of Indian Insurance Regulatory and Development Authority (IRDAI), a company is banded from floating two non-life or life insurance entities.

As a result, Birla Sun Life would be merged with Reliance Nippon Life Insurance in the event of its promoters selected as successful bidder during the RCL resolution process.

Furthermore, Nippon Life’s stake in the merged entity will be reduced from the current 49% to about 15%. This will be based the two insurance entities’ valuation.

The last submission date has been set at 28 November 2022 for binding bids for Reliance Capital and its subsidiaries.