COVID-19 will be the most expensive phenomenon ever to hit the insurance world. A critical factor affecting the industry will be a drop in life expectancy, which is set to emerge as a large source of burden for insurers. Poorer health outcomes leading to more insurance claims as well as fewer individuals taking out insurance due to increased unemployment are both anticipated to result in higher insurance premiums.

According to GlobalData’s upcoming UK Protection Insurance 2020: Critical Illness report, COVID-19 has led to a backlog in cancer care. It has significantly disrupted the way the NHS functions, leading to a reduction in cancer screenings and referrals. As cancer screenings fall, we can expect a rise in the incidence of undetected cancer and increased severity of existing cases. Disruptions in critical illness care will lead to more insurance claims being made by customers, which is expected to cause an increase in premiums as insurers will want to hedge themselves against risk.

A higher incidence of critical illnesses will be coupled with a decrease in life expectancy due to lower levels of exercise. Analysis by Vitality found that life expectancy has fallen by an average of almost four months since the UK went into lockdown in March. For those suffering from poor health, the fall in life expectancy is set to be more pronounced, closer to five months. The lockdown has caused people to cut down on jogging and cardio sessions, resulting in individuals taking fewer daily steps and leading to poorer health outcomes as well as lower life expectancy.

Lastly, the state of the economy may further impact health. As the UK and the majority of the world’s countries fall into recession, unemployment rates will increase massively. Unemployment has a negative impact on life expectancy. UK-based charity The Health Foundation finds that, on average, a 10% increase in the unemployment rate is associated with a five-year reduction in life expectancy. A host of reasons contribute to this, ranging from stress, to poverty, to behaviours such as alcoholism and suicide. 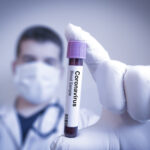 The reduction in life expectancy is set to increase life insurance premiums in the coming years. As people are living for fewer years, premiums will need to be spread out over a shorter duration, thus increasing yearly fees. Insurers may also wish to increase premiums if they are expecting to be hit with a wave of claims from customers.