Paul Avis, marketing director for Canada Life Group Insurance, warns that despite a rise in the number of employees covered by group risk products, too few customers are still buying group risk products. In Avis’s view, the lack of incentive for employers to take up group risk products must be addressed in order to increase customer numbers

Group risk insurers should be overjoyed at the industry’s recent successes. At least, that’s what you’d be forgiven for thinking if you were to take the latest figures released by Swiss Re on the group risk market at face value.

In the past year the number of employees covered by group risk products has risen 4.5%, with more than 12 million people now covered. This comes after an additional 800,000 employees were covered between 2013 and 2015.

Analysis
Zurich utilising AI to create jobs, not lose them 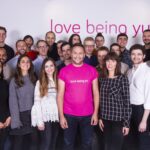 There is still one major problem in that ultimately, too few customers are buying group risk products. Our target audience is employers or Trustees and workers in flexible/online benefits arrangements.

The core benefit many of these would seek to purchase is a Registered Group Life scheme. According to Swiss Re, there are only 43,471 of these schemes in the market. Excluding 0-4 employee UK enterprises (most insurers start cover at 5 employees), there are now 570,000 organisations employing 5 or more people who could be potential customers. This means that as an industry, we have penetrated less than 8% of potential Group Life customers.

Similarly, if you are providing benefits to businesses with even fewer staff (e.g. from two employees), the market potential is greater and the percentages even more embarrassing. The lack of new organisations purchasing group risk products therefore remains a key industry challenge.

While the total number of schemes has risen by 1,675 in the past year, with only 72,841 schemes in the market there is clearly no room for the industry to be complacent about its growth.

Perhaps most worrying of all is the fact there has been a woeful annual increase in the number of organisations purchasing Group Income Protection, which should be seen as a priority product.

While 57 new employers is better than the steady decline in policies witnessed between 2006 and 2015, this remains just a 0.3% rise, which is nothing to celebrate at all.

There has arguably never been a more important time for employers to embrace this benefit. The State is continuing to diminish its contribution to the amount payable to an employee when they are long-term sick.

Since 6 April 2017, some applicants for Employment and Support Allowance (ESA), those who are assessed as unfit for work, but who are capable of work-related activity, will receive a lower level of State benefit which is equivalent to Jobseeker’s Allowance.

They will now receive £3,801 per year, down from £5,312; a significant reduction which makes this support increasingly difficult to live on. Yet at a time when an Income Protection scheme is worth its weight in gold should an employee develop a long-term illness, employer response remains muted.

Another area of concern is the significant increase in the number of employees covered under Excepted Group Life schemes. Employer increases (up from 2,307 in 2012 to 6,239 in 2016) are more understandable in the context of the reduction in Lifetime Allowance. But a rise of just under 300,000 additional employees covered by these types of schemes in four years is unusual.

This could represent the number of people that have been affected by the reduction of the Lifetime Allowance, but given the rate of increase for employees covered is much higher than it is for employer numbers this seems unlikely.

Excepted schemes have their place, but they’re not for everyone. Employers should always receive advice from taxation and legal specialists when considering implementing this type of scheme.

They should also be aware that charges apply when a Registered scheme is transferred to an Excepted scheme, which could lead to Trustee tax charges.

It’s relatively rare that an employee will receive death benefits of more than £1m (the current Lifetime Allowance), no matter how generous the scheme, so product appropriateness should be kept in mind. If this trend continues, it is only a matter of time until this benefit is given more scrutiny, so the advice given must be watertight.

Overall, while there are definite positives to draw from the latest Swiss Re figures, there are significant areas for improvement as well. As the report notes, the UK has one of the largest disability protection gaps in Europe.

The gradual and continued removal/reduction of State benefits means real change is needed for the UK to be better protected against the financial risks of prolonged illness or disability.

The lack of incentive for employers to take up group risk products must be addressed in order to increase customer numbers. As an industry we must also ensure that customers are given appropriate, correct and well thought-out advice when they are with us.