In less than a decade Brazil’s life
insurance market has grown from being one of relative
insignificance in global terms to one that has attracted the
attention of major international insurers.

The attraction is an insurance industry with
one of the world’s highest growth rates that has seen the Brazilian
life industry’s premium income increase from BRL3.48 billion ($1.56
billion) in 1999 to BRL37.6 billion in 2008, a CAGR of 36.5
percent.

Brazil’s insurance industry’s rapid growth
occurred in the period of economic recovery that followed a
devastating bout of hyperinflation that began in 1987 and peaked at
2,477 percent per annum in 1993. This period had what Brazil’s
financial service sector regulator, the Superintendência de Seguros
Privados (SUSEP) describes as a devastating impact on the
confidence of high- and low-income consumers. 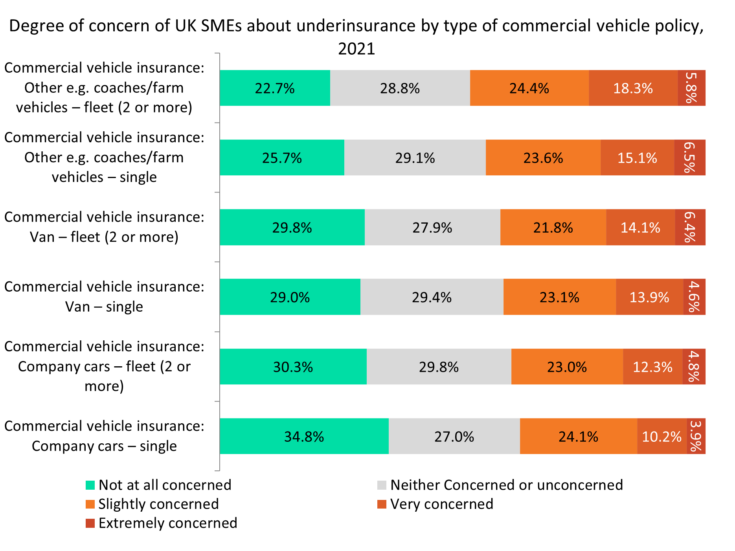 Of notable significance during the economic
crisis was a contraction in real incomes reflected in a decline in
GDP per capita from $3,202 in 1990 to $2,790 in 1993, according to
data from Brazil’s central bank, the Banco Central do Brasil (BCB). In 1993 insurance penetration –
life and non-life – stood at a mere 1 percent of Brazil’s GDP.

Receding inflation that followed the
introduction of Brazil’s economic reform plan in 1994 brought
renewed confidence and a significant improvement in disposable
income. By 1998 per capita GDP had increased by 70 percent compared
with 1993 to $4,739, according to the BCB. This recovery was also
reflected in the first phase of the Brazilian insurance industry’s
strong growth phase, though this was heavily focused on non-life
business.

Passing a key milestone in 2008, the life
industry’s premium income exceeded that of the non-life industry’s
for the first time, coming in at 55.9 percent of total premium
income of BRL67.3 billion.

The first major regulatory step was taken in
June 1996 when the Brazilian federal attorney exempted insurers
from limits on foreign capital. The next move came in 2003 when
SUSEP began implementing a series of reforms aimed at bringing the
insurance industry in line with global best practice.

Since the beginning of this process, SUSEP has
revised more than 500 rules focused mainly on corporate governance
and internal controls, accountability of directors, strengthening
the role of actuaries and auditors, and the certification of
employees.

According to consultancy Mercer, an
organisation in Brazil can take two approaches to finance private
pension benefits. The first is a closed not-for-profit legal entity
that can be created either on a stand-alone or multi-employer
basis. This closed entity vehicle is used to administer the
arrangement, invest the assets, and pay the pension benefits.

The second route is via open entities in the
form of pension products offered by insurance companies. There are
three basic products:

• FAPI (Fundo de Aposentadoria
Programada Individual) – similar to an individual retirement
arrangement in the US;

Indicative of the importance of pension
products, in 2008 premium income from protection insurance totalled
BRL12.01 billion, or just under one third of the life industry’s
total premium income. Pension plans now account for more than a
third of total life and general insurance premiums paid.

Franklin Santarelli, senior
director, Fitch Ratings, Latin America Insurance, explained that in
Brazil, life insurance is concentrated in the AB segment of the
population – the portion of the population that has the highest
income.

These products are generally distributed
through bank sales channels, and via a wide range of brokers.

Bancassurance is the main distribution model
for pensions and life insurance in Brazil, said Santarelli.
Domestic banks, which are the main players in Brazil’s banking
industry, are very strong in the country’s insurance market due to
their extensive branch distribution networks.

According to consultancy Boston Consulting,
domestic Brazilian banks rose to leading positions during the 1980s
and 1990s, when high inflation and concerns about political and
economic instability discouraged many foreign players from entering
the market.

Bradesco reported that at the end of 2008 it
had a total of 4,542 branches, or 17.7 percent of Brazil’s total
bank branch network, 55.9 million banking customers and 27.5
million life insurance and pension customers. In addition Bradesco
Seguros has its own network of 150 branches and 30,000 brokers
throughout Brazil.

In 2008, Bradesco reported that Bradesco
Seguros had recorded total premium income of BRL12.972 billion, up
5.4 percent compared with 2007 and representing a market share of
34.5 percent, a level that has remained largely unchanged for
several years. Of total premium income in 2008, private pension
plans and VGBL products contributed BRL10.94 billion and protection
insurance products BRL2.032 billion.

The significance of Bradesco Seguros to the
bank’s total profits was reflected in the unit’s net income of
BRL2.65 billion in 2008, up 12.4 percent compared with 2007 and
equal to 34.8 percent of the bank’s total net income of BRL7.62
billion

“There is no other Latin American country
where an insurance subsidiary contributes such a big share of its
parent bank’s profits,” said Santarelli.

“In other Latin American countries, insurance
is a much smaller part of bank profits.”

According to Bradesco, in the 11 months to
November 2008 its insurance unit’s net income accounted for 37.7
percent of the net income of the entire Brazilian insurance
market.

Banco do Brasil (BB) entrenched its position
in the life market in August 2008 when it bought the remaining 30
percent stake in insurance company Companhia de Seguros Aliança do
Brasil that it did not own. This subsidiary, Aliança do Brasil,
develops all the life policies that BB sells.

Insurance and supplementary private pensions
are also major contributors to BB’s bottom line and according to
the bank, in 2008 contributed 17.2 percent of its total net profit
of BRL8.8 billion.

In 2008, BB recorded private pension inflows
of BRL3.84 billion, life and other protection insurance premium
income of BRL1.48 billion and capitalisation bond premiums of
BRL2.03 billion. These were, respectively, up 19.6 percent, 13
percent and 7 percent compared with 2007 and gave the bank a market
share of 19.5 percent.

BB sold 650,000 new life insurance policies of
which nearly half a million of these policies were sold in the
second half of the year.

The merger of Banco Itaú and Unibanco to form
Itaú Unibanco has resulted in an even more significant
concentration of market share amongst the top three players. Banco
Itaú reported that combined with Unibanco, premium income in the
fourth quarter of 2008 of 2008 totalled BRL2.58 billion of which
BRL800 million was derived from life protection insurance, BRL1.507
million from private pensions and BRL273 million from
capitalisation bonds.

On an annualised basis this would represent
total premium income of some BRL10.3 billion compared with BRL8.995
billion reported by Banco Itaú in 2007. The annualised total is
equal to a market share of 27.4 percent in 2008. Based on this
annualised figure the top three players would have a combined
market share of almost 85 percent.

Unsurprisingly, other banks have been seeking
to increase their income from life insurance. Notably, in March
2009, the Brazilian subsidiary of Spanish bank Santander agreed to
pay BRL678 million for Japan-based Tokio Marine’s equity in their
Brazilian life insurance and pension joint venture Real Tokio
Marine Vida e Previdência. Santander plans to include the
newly-acquired business in its Santander Seguros unit.

Many foreign players have been
attracted to Brazil’s life insurance industry which ranks as by far
the largest in the Latin America and Caribbean region. In 2007,
according to Swiss Re, Brazil’s life insurance industry accounted
for 52.2 percent of total premium income of $36.3 billion generated
in the region. Brazil was followed by Mexico, Chile, Argentina and
Columbia which, respectively, generated 21 percent, 10.4 percent,
5.1 percent and 3.2 percent of the region’s total premium
income.

Notably, in the life protection insurance
segment Mapfre achieved a market share of 12 percent in 2008,
placing it second to Bradesco.

The largest domestic Brazilian life insurer
which is not owned by a local bank, is SulAmérica Seguros (SAS).
However, because SAS sells its products through alliances with
local and international banks as well as brokers, analysts treat
SAS as a bancassurer. Netherlands bancassurer ING’s insurance arm
has a 21 percent stake in SAS.

In 2008, SAS added Votorantim Financeira, the
banking arm of Brazilian industrial and financial conglomerate
Votorantim, to the list of banks which distribute its products.
Other bank partners include Banco do Brasil, with which it has an
vehicle insurance partnership, Nossa Caixa, HSBC Brazil, and Banco
Safra.

Certainly the big question facing all life
insurers in Brazil is how the country’s economy and consumer demand
will fare during the current global economic recession.

On a positive note Santarelli pointed to two
key factors favouring Brazilian insurers. Firstly, life insurance
is often tied to pensions and therefore does not come under the
category of discretionary spending, which is cut in times of
economic recession, said Santarelli. Secondly, thanks to tough
regulation by the Brazilian government, insurance and pension
companies have been required to hold mainly fixed income, bonds and
government securities.

“Although profitability may be pressured, as
investment income declines, the Brazilian insurers’ underwriting
profits should be sustained,” said Rodolfo Nobrega, a Moody’s
assistant vice-president and analyst.

Of significance, Nobrega noted that Brazilian
insurers have been placing more reliance on underwriting results in
recent years and have been able to reduce their dependence on
investment income.

“The Brazilian companies’ total return on
investment portfolios has historically supported overall earnings,”
said Nobrega. “But this trend has been shifting, given the local
insurers’ greater emphasis on sound underwriting practices and the
government-induced interest-rate declines over the past five
years.”

This, he stressed, is a stabilising
development for the market, particularly in comparison with other
major markets in the region.

Another feature of Brazil’s insurance industry
highlighted by Nobrega is that overall capital adequacy has been
worsening as a result of diminished earnings and high premium
growth rates in recent years.

However, Nobrega added that Moody’s expects
overall capitalisation levels to improve, mostly from shareholder
contributions, as a result of the new solvency margin regulation,
which raised capital requirements.

“The new solvency margin regulation should
lead to better capitalisation because companies will be required to
enhance their capital levels” explained Nobrega.

He noted that several companies have already
raised their capital levels, mostly through contributions from
shareholders.

Moody’s also anticipates further consolidation
in the industry. Among reasons for this are:

• The devaluation of the real
increases the local companies’ attractiveness to foreign
investors/insurers; and

But despite the Brazilian life
insurance industry’s apparent robustness, analysts are cautious
about forecasting the future.

“I don’t expect sales of Brazilian pension
plans to fall significantly, but maybe there will be a reduction in
the growth rate that was seen over the last five years,” Santarelli
said.

In similar vein Nobrega noted that the market
will grow at a slower pace than in recent years, but that “it will
continue to grow, nonetheless”.

On a more sobering noted Rideg said: “The
economic recession has only just hit Brazil and is affecting all
industries and market sectors. It is too early to tell what affect
it will have on life insurance.”

Nobrega stressed that because of Brazil’s
large size its insurance market has the potential of becoming more
prominent over the medium-to-long term across many insurance
segments. In particular, he noted that as a proportion of GDP,
penetration remains low compared with more developed insurance
markets.

Despite the current problems facing the world
Brazil’s life industry is also likely continue to be an attractive
destination for international insurers.

This was indicated by a study conducted in
2008 by consulting and technology service provider Accenture, in
which 28 life insurance analysts in 14 of the largest insurance
markets were asked to name the developing countries they believe
offer the greatest growth prospects for life insurers. Brazil was
named together with Russia, India, China, Mexico and Korea.